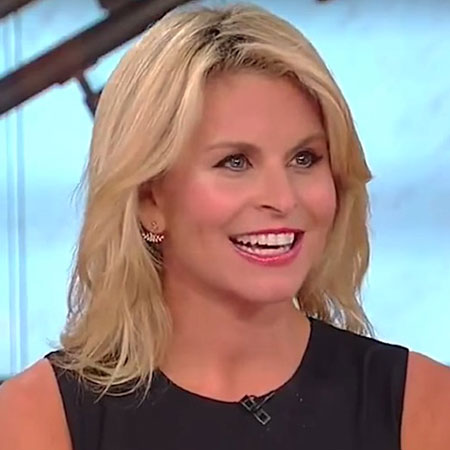 Adrienne Elrod is an American political strategist and an experienced public administrator, campaign manager, and election communicator. Moreover, she is the president of a strategy firm, "Elrod Strategies." Her company deals with strategic communication, advertisement, public relations among others. She was interested in politics from a young age which may be due to the influence of his mother's political affiliations at her law firm.

Adrienne Elrod was born on June 25, 1976, in Siloam Springs, Arkansas, USA. She was born to father Jon Elrod and Georgia Elrod. Her mother was an attorney at the same firm as Hillary Clinton where they met for the first time. Her father is also an attorney and met and befriended former POTUS Bill Clinton in Arkansas Boys State.

Her father has been friends with Bill Clinton since his school days in the Arkansas Boys State. Since childhood days, Adrienne was surrounded by politic, due to which she also got inspired to go into politics when she was just 5 years old..

Due to the political affiliations of her parents, Adrienne grew up with a political influence which explains her interest in the field.

She studied at Siloam High School in Arkansas from 1990 to 1994 and graduated with a bachelor’s degree in Arts in Journalism from Texas Christian University in 1998.

Career As a Politician

Adrienne Elrod started her career the same year she graduated working as a White House Executive Assistant.  She worked at the White House for 2 years and resigned in 2000. In October 2003, she started working as the Communications Director for U.S Congressman Mike Ross.

In 2004, she worked as the Campaign Manager for Congressman Nick Lampson’s re-election campaign by taking a leave of absence from Ross. In May 2006, she got a job of the Regional Press Secretary at the Democratic Congressional Campaign Committee for 1 year and 8 months. During her time, she was appointed as Deputy Chief of Staff for a Congress member from January 2007 to December.

Likewise, she also worked in several posts in the Presidential campaign of Hillary Clinton which started in April 2015 and terminated in November 2016. She has been the Chief of Staff for the U.S House of Representatives since 2013.

In 2013, she conducted interviews on CNN, MSNBC and BBC channel and handled the campaign for former US Secretary Hillary Clinton. From March 2015 to November 2016, she was the Director of Strategic Communications and Surrogate for the “Hillary for America” campaign when she was primarily competing against Donald Trump. As of 2018, she has her own communications firm named Elrod Strategies.

Adrienne Elrod is a veteran in the strategic communications field where she has over 20 years of experience. As of 2019, Adrienne Elrod's net worth is still under review, however, as per her experience and working skills, we can assume she earns a decent amount of money from her career.  According to Payscale, the annual base salary of the Director of Strategic Communications is $84,390. She hasn’t revealed her exact net worth but seeing her years-long service in the U.S Government, we can say that she might be worth a decent amount of money.

Adrienne Elrod is a very secretive type of person when it comes to sharing her personal life. But one of her post on Twitter has confirmed that she is a married woman but she has kept the identity of her husband a secret.

Despite being a well-known public figure, Elrod has kept her relationships and private life a tough secret. She has been frequently attending the interviews on media, however, she has rarely talked about her personal life and marriage in her interviews.

Rather she usually seemed to be focused on her political career.