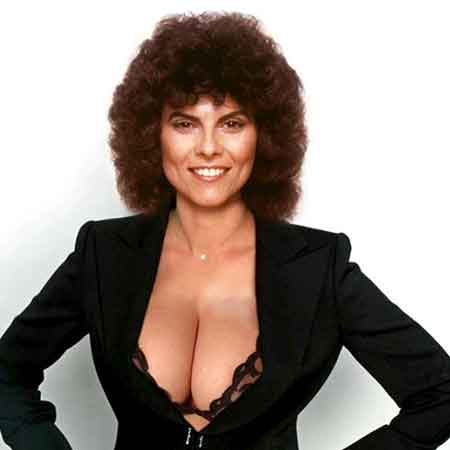 Born Adrienne Jo Barbeau on June 11, 1945, in Sacramento, California, Adrienne is the daughter of Armenia and Joseph Barbeau,  a former public relations executive for Mobil Oil.  She has a sister named Jocelyn and a half-brother Robert Barbeau from her father's side.

Adrienne's mother was of Armenian descent while her father's ancestry included French-Canadian, German, and Irish descent.  Adrienne is of American nationality and belongs to mixed ethnicity.

Adrienne is the attendant of Del Mar High School in San Jose, California, and graduated from  Foothill College.

Her zodiac sign is Gemini and the people of this often tend to have 2 different personalities along with being expressive and quick-witted.

Adrienne Barbeau initially was a go-go dancer and made her Broadway debut in the chorus of Fiddler on the Roof. Later she transited to plays and appeared in more than  25 musicals and plays, including Women Behind Bars, The Best Little Whorehouse in Texas, and Grease.

For her work in Grease, she received the 1972 Tony Award nomination.  The same year in 1972, Adrienne earned a role in the comedy series Maude, which ran from 1972 to 1978 proving to be her major TV breakthrough.

Adrienne Barbeau appeared in Tv series mostly in the 1990s. In 1992,  The Burden of Proof while making her applaudable work in animated series Batman: The Animated Series (1992-1995) and Gotham Girls (2002).

Most recently, Adrienne Barbeau was featured in the 2018 films Big Legend and For the Love of Jessee.

As of December 2018, Adrienne has an estimated net worth of $5 million. Though her current salary details are yet to be disclosed. As reported, an American actress earns an average salary of $57,000.

With her career as an author, she pocketed a huge sum of money. Her autobiography There Are Worse Things I Could Do, published in 2006,  ranked 11 in the Los Angeles Times best-sellers list.

Adrienne has been married two times in her life and is currently living with her second husband. She is the mother of 3 children from her 2 marriages.

Adrienne was first married to her ex-spouse director John Carpenter. The former couple exchanged vows on January 1, 1979, following a year of their encounter on the set of his television movie, Someone's Watching Me! (1978).

Then on December 31, 1992, she married for the second time. Barbeau walked down the aisle with actor/producer Billy Van Zandt who is 12 years her junior. The couple first met in 1991 at the premiere of Drop Dead! on the west coast.

Billy is the half-brother of  Steven Van Zandt.

With Billy, Adrienna gave birth to twins: Walker Steven and William Dalton Van Zandt, on March 17, 1997, at the age of 51.