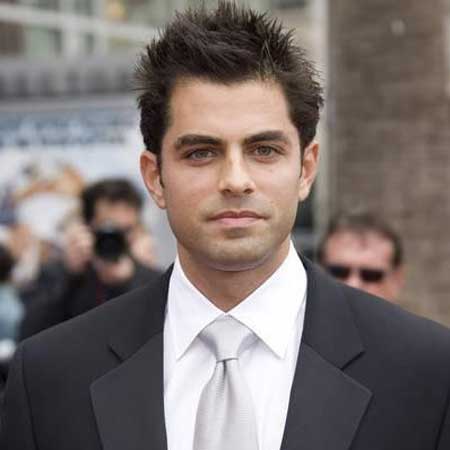 Bellani is pa s sionate about horse riding, competed in international horse jumping competitions, he also won the title and was asked to compete in the Central America Games representing his country. Furthermore, Bellani also played volleyball and won the Central American tournament with the team.

Adrian Bellani was born as Gerardo Celasco on April 1982 in Miami, Florida, United States. He belongs to white ethnicity and holds an American nationality. He is of Italian and Salvadorian descent.

Bellani family moved to El Salvador when he was a child. He was educated at the American School of El Salvador and later moved to study finance at Southern Methodist University where he obtains a degree in Finance.

Shortly after his graduation Salvadoran fashion photographer Roberto Aguilar asked Adrian Bellani to be the face of the Toni & Guy Bed Head campaign. He also appeared in Frankie J's music video for his song "And I Had You There."

People en Espanol magazine voted him as one of the 25 hottest Latin bachelors in the world (2006).

In the year 2007, Bellani appeared with co-star Heidi Mueller on The Tyra Banks Show to help host Tyra through "soap opera school."

Adrian Bellani is in a relationship with Canadian actress, Emmanuelle Chriqui who is well known for her performance on the HBO's Entourage as Sloan McQuewick.

The couple began dating since 26th September 2013. They first met through their mutual friends and became friends eventually.

Firstly, there was just a rumor that Bellani and Emmanuelle were dating as they were caught together several times in various parks and restaurant. Finally, the duo confirmed their relationship.

Bellani currently lives in Los Angeles yet remains extremely close with his family and visits them often in San Salvador.

Adrian Bellani might have earned a good amount of money from his career. However, his current net worth has not disclosed yet in social sites.