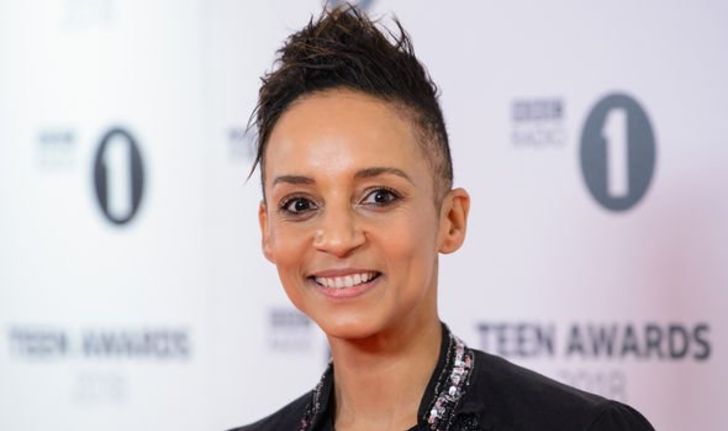 Adele Roberts, an English-born DJ from Southport shot to TV fame after she participated in the UK version of Big Brother Series 3. Roberts venture in the reality series blessed her with further career success & now works as a presenter & DJ for BBC Radio 1. Currently, she competes in the 19th series of the British survival reality show  I'm a Celebrity...Get Me Out of Here!.

How Old Is Adele Roberts?

An English by nationality, Roberts hails from a mixed ethnic background, though, is low-key about her family.

Rise To Stardom Through 'Big Brother"

In 2002, Roberts made her TV debut through the British version of Big Brother series 3, at the age of 23. With massive male attention, the reality star became a magnet of the series. Moreover, her flirty banter with bodybuilder Lee Davey & close relationship with co-contestant Alex Sibley added in the spice, however, she later revealed herself bisexual & had a girlfriend awaiting her.

After 39 days in the house, Adele Roberts was nominated for eviction alongside Jade, Jonny, and Kate & later was evicted on day 43. She received only 62% of the public vote & became the 6th person to be out. Kate Lawler, an English DJ  & model won Big Brother 3 while Jonathan "Jonny" Regan finished runner-up.

Well, she & her Big Brother co-star Alex Sibly returned in Big Brother 8 in 2007 for a task.

Contestant In 19th Series Of I'm a Celebrity...Get Me Out of Here!

In early November 2019, Adele Roberts was revealed as one of the 10 contestants in I'm a Celebrity...Get Me Out of Here! for the 19 series alongside Caitlyn Jenner, Kate Garraway, Nadine Coyle, and Roman Kemp.

Anthony McPartlin and Declan Donnelly aka Ant & Dec will host the show; McPartlin returned in the show after missing the 18th series. The 19th Series of British reality surviving TV show commenced on November 17, 2019, & will feature Australia's aspects of wildlife in Jungle & survival tactics.

About the show, Adele states she is quite enthusiastic about making her campmate entertained, thought, squeezes her nose when it comes to other aspects of the jungle.

As reported, the winner of Big Brother series 3, Kate Lawler took home the prize money of £70,000.

Adele Roberts is openly bisexual & enjoys a blissful relationship with her girlfriend Kate Holderness, an actress & vlogger. She came out about her sexuality while in Series 3 of Big Brother in 2002.

Her girlfriend Kate, in 2013, played Jamie Lynn in Coronation Street and later appeared as Catherine Parr in BBC’s Henry VIII and His Six Wives (2016) and then in Elizabeth I (2017).

The duo owns a YouTube channel Fakeaway Factory featuring them with healthy alternatives to takeaway meals. The channel has over 1.16Ksubscribers and a total of 66,340 views.

Back on July 21, 2019, Adele shared a photo with a baby girl on her Instagram; some sources cite that she is her daughter.