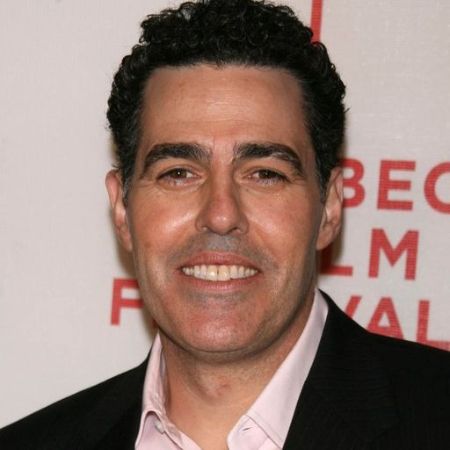 Adam Carolla is one of the most recognizable voices on the planet, courtesy of his highly-popular podcast, The Adam Carolla Show. Besides being the host of "The Most Downloaded Podcast in History", according to the Guinness Book of World Records, Carolla is also an actor, writer, comedian, author, and radio personality.

How Old is Adam Carolla? What is his Height?

Born in Los Angeles, California, Carolla was raised in Wisconsin, Pennsylvania, before moving to North Hollywood, Los Angeles. He attended Colfax Elementary School, then, Walter Reed Junior High, and North Hollywood High School. He briefly attended a community college but dropped out to pursue a career.

Father of Twin Boy and Girl with Wife Lynette Paradise

Adam Carolla has been married since September 28, 2002, to Lynette Paradise. 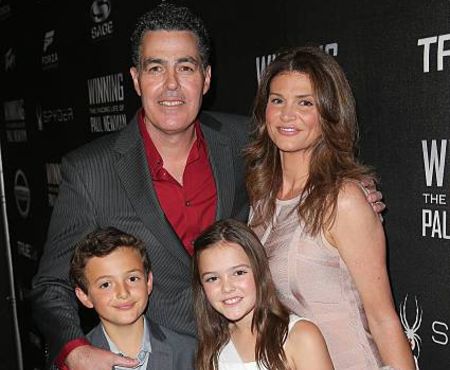 Adam Carolla with his wife, Lynette Paradise, and their twin son and daughter SOURCE: Getty Images

On June 7, 2006, Carolla became a father for the first time at 41 when Lynette gave birth to twins Santino "Sonny" Richard Carolla and Natalia Carolla.

Adam Carolla began his career on radio and was once the co-host of the evening radio call-in show of the nineties, Loveline, with physician Drew Pinsky and DJ Riki Rachtman. The show ended in 2005

From late-2005 to mid-2009, Carolla hosted the syndicated radio show The Adam Carolla Show, and upon its cancellation, began the eponymous podcast in February 2009 on his personal website.

The Adam Carolla Show went on to become a highly successful venture for Carolla and went on to be named the "Most Downloaded Podcast", according to the Guinness World Record, in 2011.

Carolla has also had a successful on-screen career with appearances in movies like Too Smooth, Art House, Splendor, Down to You, Wasted, The Hammer, Wreck-It Ralph, and Road Hard; and TV series like Buzz Lightyear of Star Command, MADtv, Son of the Beach, Drawn Together, Family Guy, and Crank Yankers. 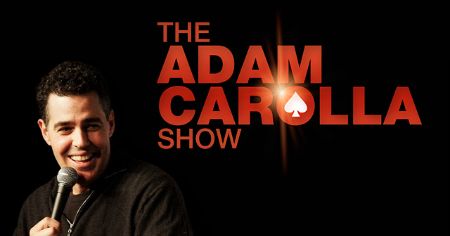 Adam Carolla is the creator and host of the award-winning "The Adam Carolla Show" podcast SOURCE: Unanimous AI

Adam is also a published author with several books to his name including "The Dr. Drew and Adam Book: A Survival Guide to Life and Love", "In Fifty Years We'll All Be Chicks... And Other Complaints from an Angry Middle-Aged White Guy", "Rich Man, Poor Man", "Not Taco Bell Material", "President Me: The America That's in My Head", "Daddy, Stop Talking!: And Other Things My Kids Want But Won't Be Getting", and "I'm Your Emotional Support Animal: Navigating Our All Woke, No Joke Culture".

According to celebritynetworth.com, Adam Carolla has a net worth of a whopping $20 million, courtesy of his highly-popular podcast, several books, acting gigs, comedy appearances, and name recognition.