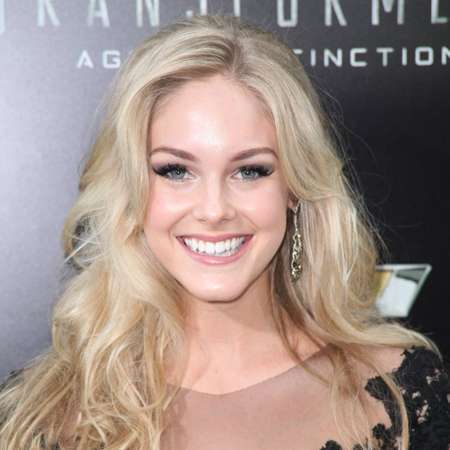 Abigail Klein is popular actress and former Dallas Cowboys cheerleader. She is mostly known for her roles in the movies like That’s My Boy, Transformers: Age of Extinction and Butterfly Caught. The Talented actress was born on December 24, 1988, in Dallas, Texas, the USA as Abigail Jordan Klein. She used to love dancing since childhood and began dancing from the age of nine. There is not much of an information available related to her childhood, parents, family, and education life.

Abigail Klein after graduating the high school in 2007, decided to make her interest in dance as a full-time career plan and gave an audition to become a cheerleader for the Dallas Cowboys. After the selection, she became the part of the cheerleading squad for Dallas Cowboys. After being a successful cheerleader she moved to Los Angeles to pursue her lifelong dream of becoming an actress.

Abigail Klein has guest appeared on Pair of Kings, CSI: Crime Scene Investigation, Valley Peaks, and 90210. She also played a role of bridesmaid in That’s My Boy, and as Nanny in The Young and the Restless. Along with that Abigail also portrayed beauty queen and pageant contestant Donna Andrews on Drop Dead Diva. Apart from this, some of her other shows are Castle, The Uninvited: A Red River Rivalry Nightmare, Cabot College and so on.

Abigail Klein was in a relationship with Tanner Bread. The couple was in a relationship for about two years and then broke up.  Later on, in 2012, there were a lot of rumors of her being romantically involved with Troy Aikman. Troy Aikman is a former American football quarterback who played for the Dallas Cowboys in the National Football League. Troy and Abigail were spotted in various public places and this former colleague catches the eyeball of many people.

However, both of them never accepted of being in any sorts of relationship with each other. Currently, there is no buzz about Abigail having any boyfriend or in any serious relationship with anyone. Currently, her relationship status is single. Basically, she is focusing on her career and trying to work very hard to reach her goal in life. She has always been in the news because of wrong reasons which are not because of her work but her personal relationships which are why she now, prefers to stay away from media most of the time.

Abigail Klein's beauty and her charismatic personality are also the reason behind her success. She looks gorgeous in every attire she carries. Basically, she has a great body and figure and to match all that she has a great personality as well. The official figure of net worth and salary of Abigail is unavailable but she surely earns a lot through her acting profession.