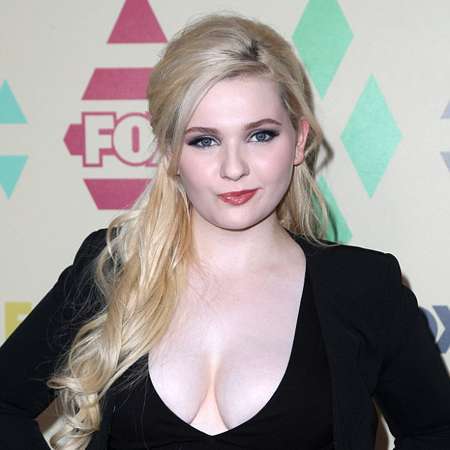 Abigail Kathleen Breslin was born on 14 April, 1996 in New York City, New York. She is the daughter of Kim and Michael Breslin. Her father is a telecommunications expert, computer programmer and a consultant. She has two older brothers, Ryan and Spencer Breslin, who are also into the acting career. They all reside in New York together. She was named after Abigail Adams, the second ‘First Lady of United States’.Abigail Kathleen Breslin is an American actress and singer.

She is best known for her roles in ‘Little miss Sunshine’ as Olive Hoover, zombie comedy film ‘Zombieland’ as Little Rock and Fox’s horror-comedy ‘Scream Queens’ as Libby Putney. She has also written a number of songs such as ‘Christmas in New York’, ‘You Suck’, ‘and Hurricane’ and many more. She is one of the most talented and popular actors of her age and generation. Her unique talents and charismatic personality have contributed to her versatile roles in mainly comedy and drama.

Abigail never attended a proper high school. Instead, she was homeschooled, but she claims that she experienced the whole high school experience through her friends.

Abigail’s first on-screen appearance was at the age of three in a Toys “R” Us commercial. Her confidence attracted a lot of people and soon film offers started pouring in. Her mother started selecting roles for her, basically becoming her manager. In 2002, she made her feature film debut in ‘Signs’, where she played Bo Hess, daughter of Graham Hess. Her performance in the film was much loved and praised by the critics. In 2004, she appeared in Raising Helen. She and her brother Spencer played as siblings in the movie, but the movie was not very successful.

After that she got roles in “The Princess Diaries 2: Royal Engagement” and “Keane”, an independent movie. Her breakthrough role was in 2006 comedy drama “Little Miss Sunshine”. She played the role of Oliver Hoover. She had been cast in the movie at the age of six and the co-stars of the movie were astounded by her performance. For her performance, she was nominated for the Screen Actors Guild Award and Academy Award for Best Supporting Actress, becoming the fourth youngest actress to be nominated in that category.

From 2007-09, she played in numerous movies such as “No Reservations”, “Definitely, maybe”, “My Sister’s Keeper”, etc. In 2009, she played the role of Little Rock in “Zombieland”, which was a huge success. After that, she has played in many movies and TV shows, “Rango”, ”Perfect Sisters”, “Final Girl”, to list some. Most recently, she starred in the first season of the horror-comedy series”Scream Queens”.

For her astounding performance in Little Miss Sunshine, she has been awarded Best Actress in Tokyo International Film Festival and Critics Choice Awards. More information on her awards can be found in her bio and wiki pages.

Abigail has also written a book based on relationships called “This may sound crazy”. She is a hot topic for news and gossips for news channels and sites all over the world.

Abigail is an avid animal lover. She has two dogs, a cat and a turtle as pets and even wants to become a veterinarian or a fashion designer when she’s older if she doesn’t continue acting. She also has a pa s sion for collecting American Girl dolls and stuffed animals. She is also in a band called “CABB” with her friend Ca s sidy Reiff. She is also friends with Skye McCole Bartusiak, Chloë Grace Moretz, Jake Busey, Harry Cook & Alexa PenaVega. She also taught herself to play the guitar through YouTube.

She is currently in a relationship with All Time Low's backup vocalist Jack Barakat.

Abigail said that if she were a superhero, she would want to fly and be able to speak every other language. When speaking for "Kids with a Cause", said she thought everybody needed a friend. Her favorite Disney film is Finding Nemo (2003).