Abdul Sattar Edhi who committed to bestowing his lifespan in helping the underprivileged people till his death was a Pakistani philanthropist, ascetic and humanitarian who was well known as Angel of Mercy for his selfless services to the needy people. He was the founder of the Edhi Foundation, which runs the world's largest volunteer ambulance services along with animal shelters, rehab centers, homeless shelters and orphanages across Pakistan. After his death, his son runs the Edhi Foundation.

Abdul Sattar Edhi was born on 28 February 1928, in Bantva Manavadar, Gujrat in British India into a Memon family. His father was Abdul Shakoor and mother was Ghurba Edhi. When he was 11 years old his mother suffered from a stroke and he lost her when he was 19 years old.

He spent his teenage years caring for his paralyzed and mentally ill mother which furthered his passion to do something for the sick.

This experience imbibed in his sensitivity and empathy for the sick, mentally ill and challenged people. In 1974, Edhi and his family migrated to Pakistan due to the partition of India.

After Edhi migrated to Pakistan in 1947 he then shifted to Karachi to work in a market at a wholesale shop. He initially started as a salesman and later served as a commision agent selling cloth in the wholesale market in Karachi.

A few years after, with the help from his community, he established a  free dispensary. During this time, he was very serious about serving needy and sick people. 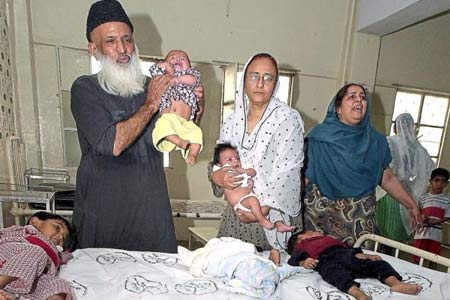 In 1957 when the Asain Flu epidemic broke out he realized the immediate expansion of his services. Concerning this, he begged for the donations on the streets to treat the growing number of patients and appealed to medical students to volunteer their services.

After receiving a generous donation from a rich businessman he was able to buy his first ambulance. His selfless service caught the public attention and soon the donations began flowing in. This enabled Edhi not to set up several hospitals only in Karachi but also in other cities across Pakistan.

Edhi foundation also reached out to international communities for providing the donations to the needy.

During his life, Edhi was honored with various awards. Some of them include The Ramon Magsaysay Award for Public Service in 1986. The national honors he received include Bacha Khan Aman (Peace) Award (1991), Pakistan Civic Award from the Pakistan Civic Society (1992) and Jinnah Award for Outstanding Services to Pakistan by the Jinnah Society (1998).

Similarly, he was also honored with several other international honors including Lenin Peace Prize in 1988, Peace Prize from the former USSR (1998), and International Balzan Prize for Humanity, Peace, and Brotherhood from Italy (2000). And Edhi was nominated several times for the Nobel Peace Prize.

Legendary Abdul Sattar Edhi who is admired by several as a national hero established an openhanded charitable realm out of nothing. He conceived Pakistan's welfare association almost on his own and with the private contributions.  His net worth is not revealed. We do not know how much money he earned form his organization or other works but he definitely earned the blessing and love from millions of people all around the world.

In 2005, the Edhi foundation provided $100 000 to relief efforts after Hurricane Katrina. In 2014, the foundation was robbed and lost nearly £400,000 cash and has been the target of right-wing attacks and competition from Pakistan’s militant far-right.

Abdul Sattar Edhi tied a knot to Bilquis Edhi in 1965. His wife was a nurse committed to the same humanitarian values as Sattar Edhi.

The couple was blessed with four children, two daughters, and two sons. Edhi was known for his ascetic lifestyle, owing only two pairs of clothes and never taking a salary from his organization and living in the two-room apartment next to his office. 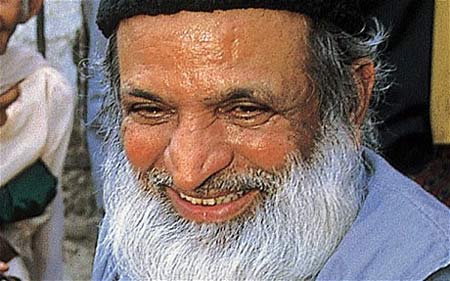 Despite being the recipient of various national and international honors he always wanted to stay away from the limelight.

Edhi had gone through various travel issues. He was arrested by Israeli troops while entering Lebanon. He was detained in Toronto, Ontario, Canada for 16 hours and interrogated him at John F. Kennedy Airport in New York City for eight hours.

In 2013 he suffered kidney failure and remained in ill health for the rest of his life. Edhi died on 8 July 2016 at the age of 88. He wanted to donate his organs, but due to his illness, only his corneas were suitable.

Here is the video of Abdul Sattar Edhi.