Abby Hornacek is an American journalist, media personality, and TV show host. She is most famous for being the lifestyle/travel host at Fox Nation, where she hosts shows such as PARK’d, American Arenas, and Ride to Work. Among people, she is also known as the daughter of NBA-player-turned-coach Jeff Hornacek. 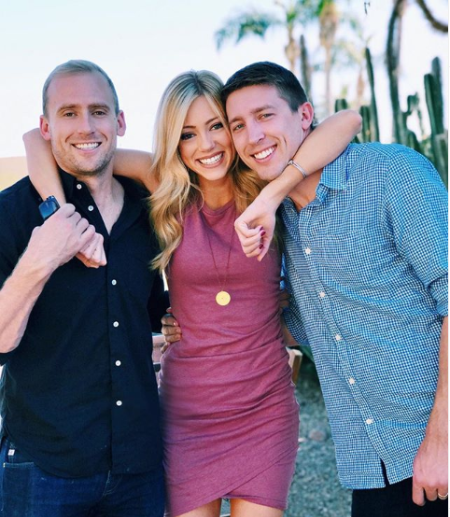 Her father, Jeff, was an NBA shooting guard for the Phoenix Suns who now works as a basketball coach, and most recently, was the head coach for the New York Knicks.

Family time is so important to us. My brothers and I were still young and in school when he played. We went to NBA All-Star Weekend when he was participating, but didn’t go on the road when it came to day-to-day travel. We did take family vacations when he wasn’t working and my mom did a wonderful job of planning everything and making each place special.

Abby said when asked about her childhood with the star father. 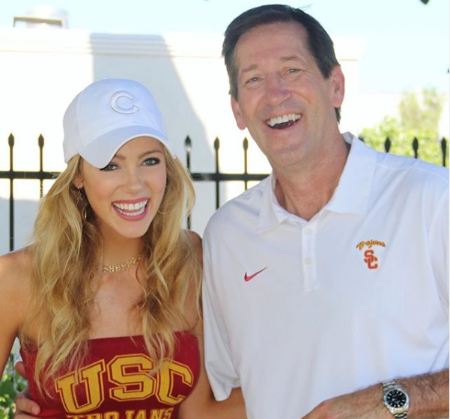 She attended the Xavier College Preparatory in Pheonix, Arizona. After graduating, she enrolled in the University of Southern California and got a Bachelor in Arts degree with a major in Broadcast Journalism and a minor in Sports Media. While studying at USC, she was a part of the university's volleyball team, where she won the Cla s s 5A Division I state title.

Abby started her career from the production intern gig at Fox Sports San Diego in January 2014. Due to her charisma and on-screen presence, she went from production intern to featured host and reporter. She co-hosted shows like Phoenix Suns Mock Draft when her father was the coach and was subsequently promoted to co-host a weekly night show, San Diego Prep Insider. She also worked as a contributor for ESPN and a sidelines reporter for Fox Sports.

She also worked for Stadium Sports Network, Chicago, and covered the Drone Racing League for two years before moving on to co-host and produce the TV show, The Unicorn. 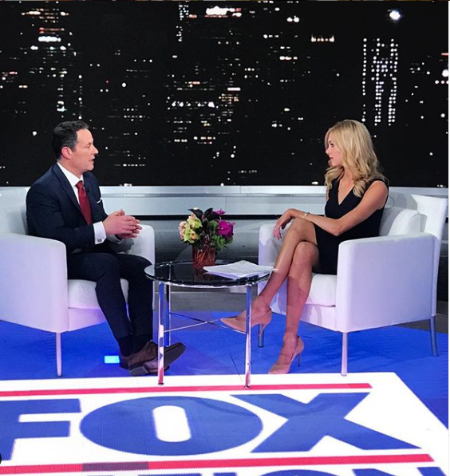 Currently, Abby works for Fox Nation, where she hosts such shows as PARK’d, American Arenas, and Ride to Work.

She is most famous for hosting the show PARK’D With Abby Hornacek where she gives the viewers preview of all the biggest sporting and lifestyle events across the United States. When asked about her new show and the ideas behind it she said:

The idea was explained to me around Fox Nation’s launch, but we did most of the filming in the span of a couple of months! Depending on the location, we’ll spend a few days there in addition to the time it takes to plan things out before filming.

She also talked about her job description in the same interview:

"I’m hosting multiple shows for FOX Nation. One is about the iconic sports stadiums and venues across America, which is a pa s sion of mine coming from the sports world. In my other show, Drive To Work, I do just what the name suggests and pick up various Fox talent and drive them into work, with a few surprises along the way. In addition to Fox Nation, I make appearances on the FNC — FOX & Friends, Watters’ World, Tom Shillue’s Radio and Quiz Show, etc. — to talk about sports, lifestyle/travel, etc."

At just 26, Abby already possesses a beautiful net worth of $400k. She is relatively new to the industry, but her charm, her magnetic personality, and her ac u men for broadcast journalism have already made her a household name.

Meanwhile, as per Payscale, the average salary of a Fox News anchor is estimated to be around $71k, so we believe she also earns in the same range. She is also a popular celebrity on Instagram, with 49.7k followers, and the ad revenue from her posts helps to bolster her income.

Abby has never been far from the public eye, being the daughter of a former NBA basketball player and coach. Further, her work as a journalist and anchor garnered more attention towards her. She has, however, managed to keep her private life away from the media.

Though she tries her best to keep herself away from the media, the media has all the information about her relationship stuff. As of now, Abby is unmarried and living a single life. But, she was in a relationship with USC quarterback, Anthony Neyer previously. 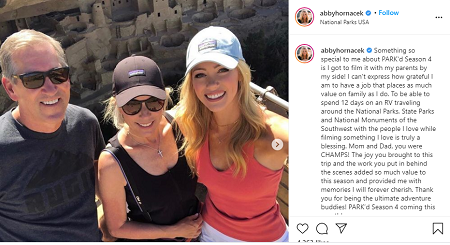 On her off days, she enjoys indulging in her hobbies, like playing softball, golf, and volleyball.