A pa s sion to investigate paranormal activities is not limited to movie scenes only, some do pursue a career in real life as well. American camera operator & TV personality Aaron Goodwin widely popular as the co-host & investigator of the paranormal doc u mentary Ghost Adventures (2008-  Present) roams around the world recording the activities on camera.

No doubt, over these years, Goodwin's career has sought him wide fame & money shower. In addition to that, he runs a brand of clothing called Big Steppin Clothing and uses his official website agoodwincollections.com for business.

When Is Aaron Goodwin's Birthday? Age and Height?

A native of Portland, Oregon, Aaron Goodwin was born on April 1, 1976, and is 45 years old as of 2021. He grew up alongside his younger sister named Amy Goodwin. An American by nationality, Goodwin has a white ethnic background. He stands 6 feet 3 inches tall. 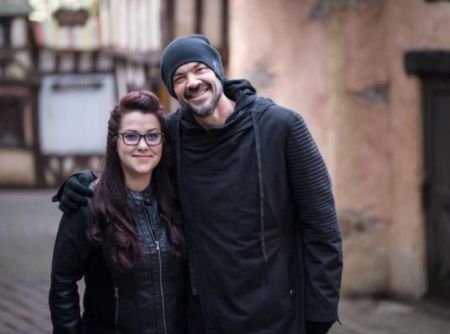 So far, no report on the Ghost Adventures star parents or academics is out, but he seems to have had a pa s sion for cinematography, which would turn into his career.

Previously Aaron was in a marital relationship with his then-wife named Sheena Goodwin but ended things with a divorce. Though even now, the actual reason for divorce and details on his married life remain a mystery.

And as of 2021, the American camera operator is dating and openly talks & showcases his romance with his girlfriend-turned-fiancee. However, further information about Goodwin's partner is yet to be out; he has not tagged her on social media platforms like Instagram. 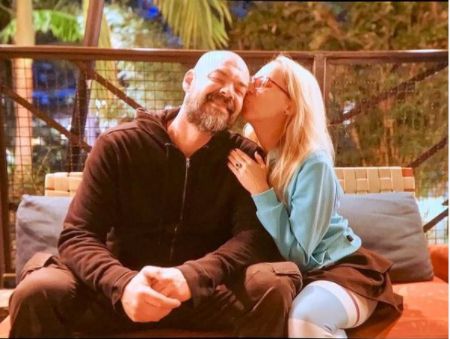 They reportedly got engaged on October 29, 2019, but has kept their courtship detail under wraps. As per Aaron's Instagram post of May 4, 2020, the duo was supposed to marry on the date, however, the outbreak of coronavirus led to the delay in their wedding.

When I proposed and we set a date, May 4th. Today we were supposed to get married. We had to delay, but she’s worth the wait.

Currently, Goodwin with his fiancee resides in Las Vegas, Nevada.

Net Worth Of Goodwin & Career Journey

According to Celebrity Net Worth, Aaron Goodwin has an estimated net worth of $1.5 million as of 2021. The American doc u mentary reality series star collects a considerable sum through his career and proficiency as a camera operator and equipment technician. Also, he owns a clothing line Big Steppin Clothing.

Aside from camera credits in Ghost Adventures, he has served as its co-investigator too.,

Having formerly worked for World Wrestling Entertainment and Ultimate Fighting Championship (UFC) as a camera operator, Aaron joined the crew of Ghost Adventures in 2004 after Zak Bagans and Nick Groff hired him in Las Vegas to a s sist them with primary filming. 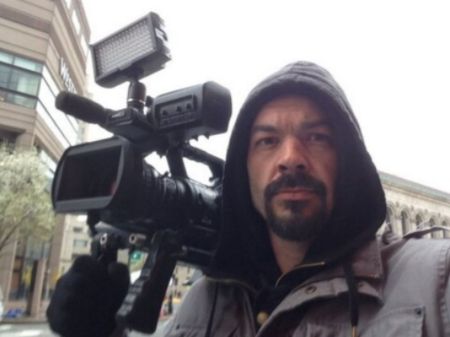 CAPTION: Aaron Goodwin saw career recognition as the camera operator of Ghost Adventures and now works as its co-investigator too SOURCE: Horror Fuel

Also, he has worked in the movie Space Detective as an executive producer and a cinematographer in 2017. He has also been part of some of the shows such as The Late Late Show with James Corden, My Home with Aaron Goodwin, The Perfect Shot with Aaron Goodwin, ABC News Nightline, and so on.