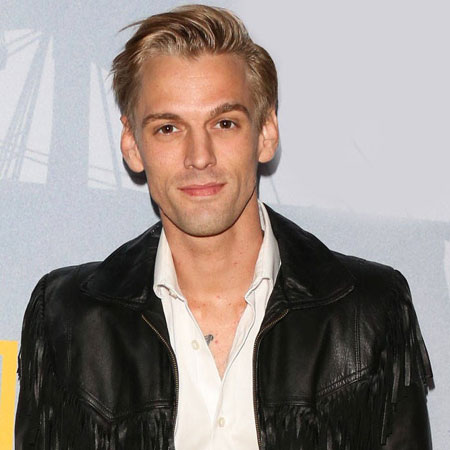 Aaron Charles Carter is an American singer, well known as a pop and hip-hop artist in the late 1990s who establishing himself as a star among pre-teen and teenagers.

Aaron Charles Carter was born on 7th December 1987 at the Tampa General Hospital in Tampa, Florida. His family was originally from New York City, where his older brother Nick( member of the boy band Backstreet Boys) was born.

Carter also has three sisters, twin sister Angel, B.J and another sister named Leslie. He is named after his grandfather, Aaron Charles Carter. He is white in ethnicity and holds an American nationality.

Aaron Carter's career began from his early age of seven, as the lead singer of Dead End, a local band formed after the members met at rock school.

Later, Carter left the band because they were interested in alternative rock while Carter was interested in pop.
Aaron made his solo appearance, singing a cover of The Jets 'Crush on You', while opening for the Backstreet Boys in Berlin March 1997.

At his age of thirteen, Aaron recorded the album. On Aaron, which was released on 7th August 2001 and featured his first duet recording along with his brother Nick.

Later, Carter released his next album, Another Earthquake!, on 3rd September 2002, at the time of the 'Rock, Rap and Retro tour. During that time, his parents filed a lawsuit against his former manager, Lou Pearlman, in 2002 alleging failure to pay hundreds of thousand of dollars in royalties in Carter's 1998 album.

Since then, he released numerous songs and also featured with many superstars.

In Jan 2012, Aaron Carter was one of the eight celebrities, participating in the Food Network reality series Rachael vs. Guy: Celebrity Cook-Off.

Aaron Carter had quite a few ups and downs in his love life. He has dated several beautiful girls throughout the time. Firstly, Carter was in a relation ship with Hilary Duff from 2000-2002.

After that he was in relation with Lindsay Lohan from 2002, the couple lasted for only a year and ended up in 2003.

Recently, Aaron Carter was in a relationship with Madison Parker. They began dating form 2016 and stayed together till 2017.

Aaron Carter earns a decent amount of money from his successful career as a singer, till date, Aaron has made his total net worth of $ 2 million.