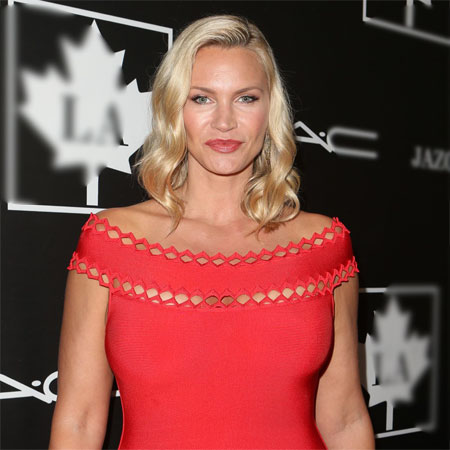 Natasha Henstridge is a former fashion model and an actress at present. She is better known for her role as the genetically engineered human- alien hybrid Sil in the science fiction movie ‘Species’ through which she debuted in the film industry. The species II and Species III: sequels to the first showed her as a human –alien hybrid Eve. Besides, she also has made big screen appearances in movies like ‘The Whole Nine Yards’, ‘The Whole Ten Yards’, ‘It had to be you’, ‘Ghosts of Mars’, ‘She Spies’, . Her TV appearances include the TV series Eli stone and she won the Gemini award for best actress as a result of her work in Canadian TV mini-series ‘Would be kings’.

Her personal life has been much talked about. For a year from 1995 to 1996 she was married to Damian Chapa. She was in a relationship with Liam Waite from whom she has two Children and both are sons named Tristan and Asher. She and Darius Campbell have filed a divorce in July 2013.They were in a relationship since 2004 and were also engaged but broke it up in 2010. They had however got married on Valentine’s Day of 2011. She at present is acting in a TV series ‘The secret circle’ as the character of Dawn Chamberlain.