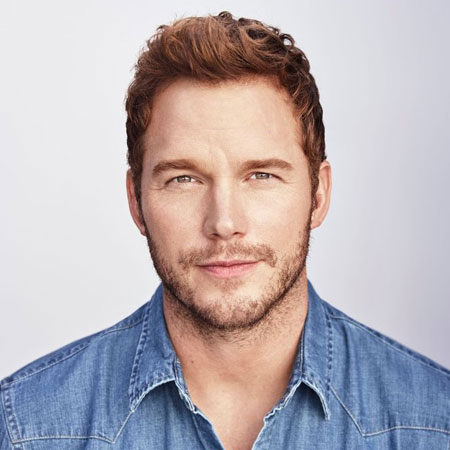 Christopher Michael Pratt is an American actor, well-known role as Andy Dwyer in the NBC sitcom Parks and Recreation. He was critically acclaimed for his role and was nominated for several awards.

Chris Pratt was born on 21 June 1979, in Virginia, Minnesota. He is the youngest child of Kathleen Louise, worked at Safeway supermarket, and Daniel Clifton Pratt (died from multiple sclerosis in 2014), worked in mining and remodeling houses.

He is Norwegian in ethnicity and holds an American nationality. When he was three years old, his family moved to Lake Stevens, Washington. Later Pratt placed fifth in a high school state wrestling tournament. Pratt graduated from Lake Stevens High School in the year 1997.

He was dropped out of community college halfway through the first semester and, after working as a discount ticket salesman and daytime stripper, Pratt ended up homeless in Hawaii, sleeping in a van and tent on the beach.

Chris Pratt's career began at the age of nineteen when he was waiting tables at Bubba Gump Shrimp Company restaurant in Maui where he was discovered by actress and director Rae Dawn Chong. She cast Pratt in her directional debut, the short horror film Cursed Part 3, which was filmed in L.A.

His first regular television role was as Harold Brighton Abbott on the series Everwood. After Everwood's cancellation, he joined the cast of the O.C for its fourth season. After his successful portrayal and movies.

In 2013, he turned down the opportunity to play Peter Quill / Star-Lord Marvel Studio's Guardian of the Galaxy.

Though Pratt had been known for portraying supporting characters and was well known as his portly Parks and Recreation, later that changed in 2014 when he headlined two feature films, the first one was The Lego Movie.

His another famous role was playing as Josh Farraday a gambler, in the remake of the 1960 Western The Magnificient Seven. The movie was released on 23rd September 2016. Chris's second release was Passengers.

It was the time in 2007, on the set of Take Me Home Tonight. He met an actress Anna Faris, who played his love interest in the film. Later, the couple was engaged in late 2008. They got married on 9 July 2009.

Since their marriage, they have a son Jack (born in August 2012) and lives in Hollywood Hills, California. He said that the birth of his son 'really defined' his faith in God after he and his wife prayed a lot.

After several years of their togetherness, on 6 August 2017, Pratt and Anna Faris announced their legal divorce.

Chris Pratt earns a huge amount of money from his acting career, as he has made his appearance in several movies and series, which add up to his total net worth that is estimated to be $30 million.? His movie Jurrasic World grossed $1.67 billion worldwide from which he received $10 million. He made $12 million from his appearance in Passengers.

Chris Pratt previously owned a house which he sold in 2013 for $2.3 million.