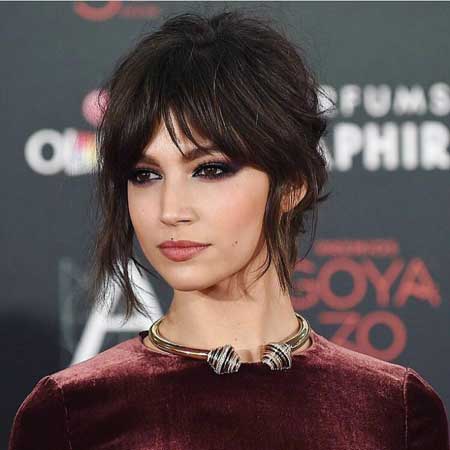 Actress Ursula Corbero was born as Ursula Corbero Delgado in Barcelona, Spain on 11 August 1989. She was born to father Pedro Corberó, and mother Esther Delgado. She has a sister named Monica. She holds Spanish nationality and belongs to Hispanic ethnicity.

She developed an interest in acting from an early age, and by the age of 6, she had already knwon she wanted to be an actress. She first started working in commercials. After completing her studies, she relocated to Spanish capital Madrid to film TV series Fisica o Quimica.

Ursula Corbero started her acting career as Maria in the TV series Mirall Trencat in 2002. After that, she worked in the Catalan television series Ventdelpla in 2005-06. In 2008, Corbero portrayed Manuela Portillo in El Internado andstarted working in Fisica p Quimica, in which she worked until 2010. 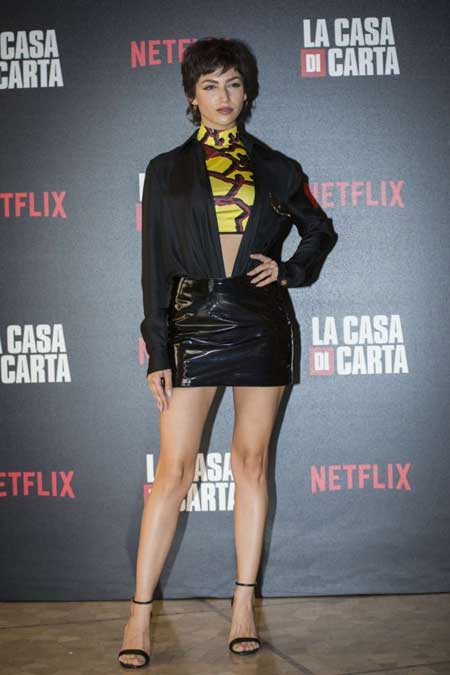 Coming to the year 2017, Corbero started working in the heist television series La Casa de Papel. The series was originally aired in Spain on Antena 3 and later it was made worldwide through Netflix. She was nominated for the Best Actress in TV Series at the Premios Feroz for her role of Tokyo in the series. Later that year, she landed her first main role in a movie in El Arbol de la Sangre.

Rising Spanish actress Ursula Corbero has earned a good sum of money from her lucrative career. According to celebrity net worth, her net worth is estamated to be around $3 million. Even though she has been active in the acting industry for over a decade, details about her income and properties are not clear.

Unlike several celebrities, Ursula has been outspoken about her personal life and relationship stuff in the media. She has dated three men so far. In 2008, Corbero dated actor Israel Rodriguez and remained in the relationship for the next two years.

After her breakup from her first boyfriend, she started dating tennis player Feliciano Lopez in 2011. Her relationship with her second boyfriend didn't last more than five months. Then in 2013, she started dating model and actor Andres Velencoso and remained together with him for thre years.

Following the break up, she started dating actor Chino Darin. The couple met on the set of the trelevision series La embajada have been together since then. The couple hasn't disclosed anything about their future goals.