Who is Cheryl Scott Dating Currently?Check it Out her Relationship and Dating Rumors 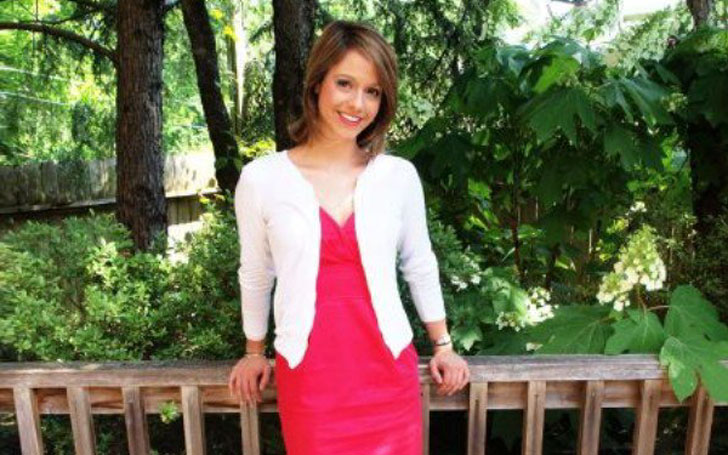 Cheryl Scott is a meteorologist who is very devoted towards her work due to which her personal life has always been under the radar.

There are many who known her well from her work but there are only few who know about her love life, relationships and all.

Cheryl Scott well-known as a meteorologist has always managed to keep her personal life to herself. Due to which there has always been some speculation about her love affairs from the beginning.

In 2015-2016 Scott was seen with a guy named Josh Iachelli who is an owner of Homeslice Pizza, Lincoln Park and co-owner of The Happy Camper.

The relationship of Cheryl Scott and Josh Iachelli was the hottest topic at that time as there were some photos of these two together.

But later there were no photos of them together and now, in 2017, we can see Scoot with another guy in most of the events.

And there are some assumptions that, Scott is in a relationship with this new guy named Dante. Only photos of Scoot and Dante is seen together but no any information is known about it.

This is not the first time she was spotted with this guy. From Instagram, we come to know that, this guy surprised her on Valentine's day too.

Happy Valentine's Day to the sweetest, most caring man I know!!! You continue to surprise me every day and have instilled a permanent smile in my heart.

Could he be the guy who she is hiding from the world or Is he just a friend?

What a night! Congrats to all the Pats fans.... @primadante being the biggest one.  Thank you for making it another best weekend!

And another one from Scott's birthday

I can not thank you all enough for all the birthday wishes and love. Feeling so fortunate!!! Another year older... but wiser and so beyond grateful for my life and everyone that makes it so special. Thanks especially to those closest to me that made my Birthday the most memorable yet!( especially @akilah108 @fallonpr & @primadante ) I am one lucky girl!

Birthday celebrations... & celebrating with the best! Words can't describe how grateful I am. Love you all! Best birthday ever :-)

With all those photos together, it is certain that Dante is her boyfriend but nothing more is known about this guy as Scott is among those who likes to keep her personal life to herself.

But we can not say anything until and unless she makes everything official. She is yet to make any decision about personal life.