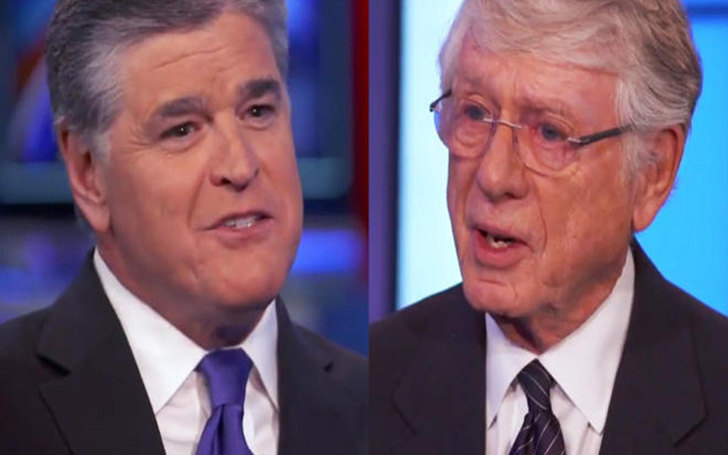 Ted Koppel Had A Worse Discussion With Sean Hannity Of Fox News On Polarization Of Politics.

The British born anchor and journalist Ted Koppel who is best known for his anchoring in ABC’s news program Nightline took a dig on Sean Hannity. Sean Hannity who was last seen in controversy for pointing a gun at one of the Fox reporters had a fiery discussion with Koppel.

CBS reported on Sunday about the polarization of politics in Donald Trump’s empire, Ted Koppel dug on Sean Hannity for his viewpoints which is prevalent in America.

“We have to give some credit to the American people that they’re somewhat intelligent and that they know the difference between an opinion show and a news show,” Hannity said. “You’re cynical.”

“I am cynical,” said Koppel.

“In the long haul, I think you and all these opinion shows”

“No, you know why? Because you’re very good at what you do, and because you have attracted a significantly more influential”

“You are selling the American people short.”

“No, let me finish the sentence before you do that.”

“I’m listening. With all due respect. Take the floor.”

“You have attracted people who have determined that ideology is more important than facts.”

"Fake Edited News" @CBSNews release the Unedited 45 minute interview so people can see the BS games you play in the edit room. I dare you! https://t.co/prynzE2yLQ

In a tweet, Hannity accused CBS of promoting fake news.