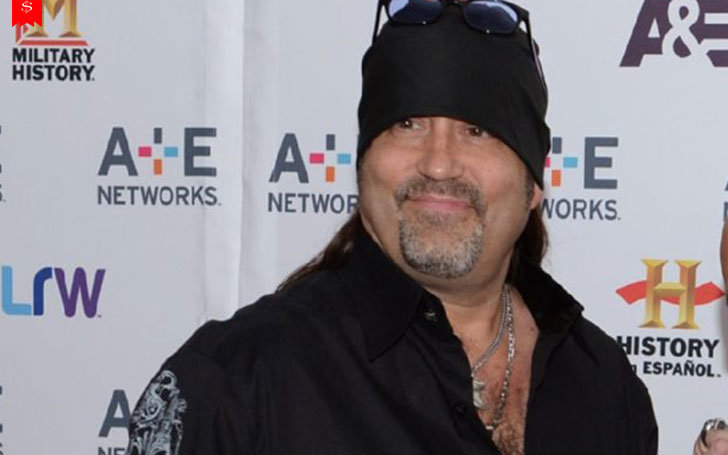 Danny Koker is a reality TV personality who became famous after appearing on the TV show Counting Cars. He is also famous for his rock music and a customization and restoration shop, Counts Kustoms.

Though being active in the television world for a few years only, he has already attracted the huge amount of money. Want to know how much is his net worth? Here we have got it all.

Danny Koker is estimated to have a net worth of about $13 million through his television career. His main source of income is his appearance in the History Channel's most popular reality TV series Counting Cars. As per verified sources, Koker gets more than $100,000 as the salary per episode.

He is also the founder of a motorcycle and car restoration company, Counts Kustoms in Las Vegas Nevada. The company is often recognized by the name The Counts which mainly works for the Ford Motors. Similarly, he appeared on the shows like “American Restoration” and “Pawn Stars” because of his deep fascination for the cars.

Apart from being a muscle car lover, he also has the passion for music and a lead singer of the Las Vegas-based hard rock band Count's 77.

Moreover, he is also the owner of the Count's Tattoo Company which is located at the Rio Hotel in Las Vegas which surely earns some profits that boosts his net worth.

Danny Koker is a Cadillac freak who owns an extensive car and motorcycles collection including 1965 Cadillac Fleetwood which costs about $15,000 in the current average market value.

In an interview, he told that he owns numerous vehicles and added:

“I have a lot of different cars from very high-performance exotic cars and sports cars to hot rods. I’m truly addicted. I think I need an intervention. I need some help!”

According to the source close to Danny Koker, about 4 years ago he disclosed that he has no fewer than 58 cars and 78 motorcycles in his collections.

He owns a house in Las Vegas, Nevada, the United States and lives in the large estate that has five buildings which he flashes to Kustom merchandise to tourists as well as his large collections of vehicles. While describing his mansion Dany explained:  ‘’It looks like an ant hill. It’s pretty amazing and pretty cool.”