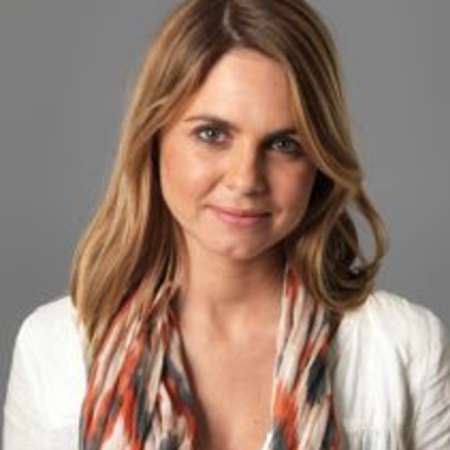 Mariana van Zeller is a born-Portuguese journalist, producer, and correspondent for National Geographic Channel and also serving the television cable and satellite Hispanic news and satire “Fusion” as a chief correspondent. She was also the former “Vanguard” documentary series correspondent on Current TV.

She is also the co-founder of MUCK media alongside Darren Foster, Alex Simmons, and Jeffrey Plunkett . Van Zeller was born on 7th May 1976 in Cascais, Portugal and spent most of her child here and graduate her high school.

Van Zeller attends Universidade Lusíada de Lisboa of Lisbon, Portugal and graduated with a B.A (Bachelor of Arts) degree. After graduation, her career began by working at the first and largest private Portugues television network called SIC and served as the travel and international department for the network channel. Later, she was placed at the news channel named SIC Notícias run by the same company.

Later, wanting to study further and earned masters degree, she fills up the form Columbia University School of Journalism. She applied for three times but she was rejected the whole time.

In 2001, after her third application was rejected she took a plane to New York and knocked the dean's (Head of the Department) door and explained her dream and passion for becoming a journalist in U.S. The authority was impressed with her and decided to finally enroll.

After Van Zeller moved to New York, the 9/11 attacks took place and she got a phone call from SIC, the channel from Portugal where she worked for two years, to cover the situation and be ready in less than three hours where she will be reporting live back to Europe.

After graduation and earning masters degree from Columbia University, she moved to London. In 2003, she and her now husband, producer Darren Foster, and went undercover, reporting about the Syrian mujahideen crossing into Iraq to against the U.S invasion.

Shen went out to Amazon jungle to cover the fight between Brazil's Indian and miners of the largest diamond mine in South America.

Digging into her personal life, she is married to a popular producer, Darren Foster. Van Zeller keeps her private life in a low profile. Till now, we have no information about she and her husband having a child. She resides in Los Angeles currently with the family. Her net worth and salary are not disclosed by any media so far, but one can assume that she is earning enough money and getting a handsome salary.

Her works on freelance documentaries are broadcasted on many TV shows, by cable networks company such as CNN, CBC, Channel 4 (UK), PBN and much more.

As a producer, she has produced many documentaries and reports including “Sex for Sale: American Escort” in 2012, “Inside Secret America” in 2013 and in 2014”Pimp City: A Journey to the Center of the Sex Slave Trade.”

Van Zeller has won a number of awards including the Livingston Award in Young Journalist category for her report called “Rape on the Reservation” in 2011. She even won the Peabody Award in 2009, for “The Oxycontin Express”, a documentary on drug abuse and smuggling of drugs and was honored with Television Academy Honor and even nominated for EMMY award.
Van Zeller's bio can be obtained from wiki as well.