How is the Relationship between actress Meghan Markle and her Friend Kate Middleton? 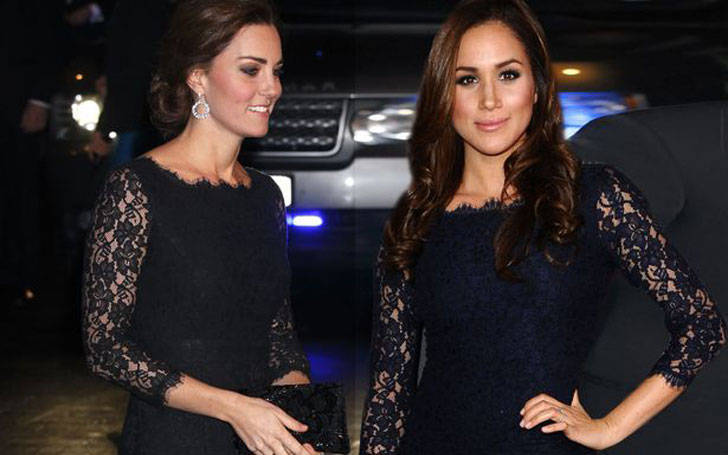 Meghan Markle is an American actress best known for her role as Rachel on the legal drama Suits. She has portrayed as an FBI special agent Amy Jessup in the sci-fi thriller Fringe. She is currently in highlights due to her relationship with Prince Harry.

Kate Middleton referred as Catherine; Duchess of Cambridge is the wife of Prince William, Duke of Cambridge. She is also famous for her impact on British and American fashion called Kate Middleton effect in media. She was also ranked among the 100 Most Influential People in the World by Time magazine.

Meghan Markle and Kate Middleton are believed to have a very good relationship as they had a meeting some days ago. Prince Harry, who currently is dating Meghan Markle, introduced Meghan to Kate Middleton for the first time. The report says that they both were excited to meet each other. The meeting was important to Harry as he has planned to forward his relationship. Wish to know five facts about Meghan Markle, watch the below video.

Meghan and Kate are supposed to have a very good relation after they were seen in the same dress during the session. The two met after Kate’s birthday and was offered a leather bound dream journal as a belated birthday gift.

As Kate is a mother figure to Harry and has been so close to him, it was very important meeting for Harry. According to the reports, Harry values Kate’s opinion on girlfriends. Kate hasn’t spoken anything about Meghan but there were many rumors that Kate was " target="_blank">depressed over Meghan Markle.

Kate Middleton was born in Reading to Michael Middleton and Carole. She has a younger sister, Philippa “Pippa” and a younger brother, James. Her father served for British Airways.

Kate attended St Andrews School in Berkshire and later joined Downe House. She had also attended Marlborough College in Wiltshire. She is a graduate of 2005 from University of St Andrews with an undergraduate MA in the history of art.