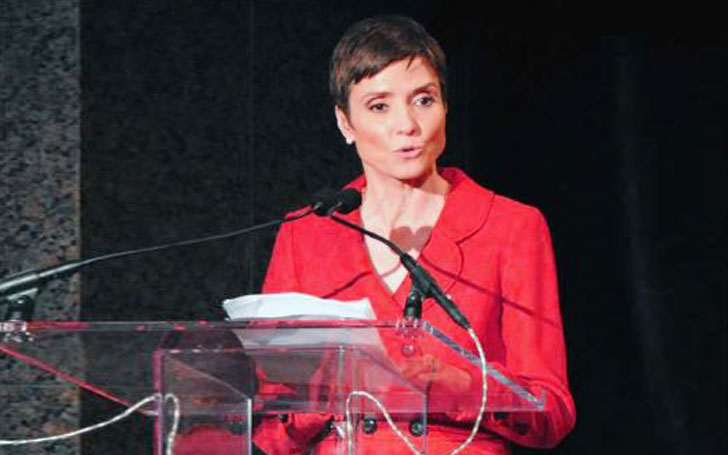 The award-winning journalist, Catherine Herridge is the chief intelligence correspondent for Fox News. Herridge is married to JD Hayes, an Air Force Lt. Col with two kids, Peter and Jamie. How's their married life? What is the couple currently doing? We have all the scoop right here!

Weekend Live's host is married to JD Hayes and has been living happily with him. The couple has two children together, the youngest one, Peter, suffered a rare liver disease in 2006, at birth, and went through an operation.

Their older child Jamie was just 19 months during the difficult time with Peter. The couple clearly went through some of the toughest times together.

On a side note, many sites have listed Jeff Miller as Herridge's husband, however, that is false. Jeff Miller is a news producer for Fox News, hence, Herridge's colleague.

Their son Peter was diagnosed with rare liver disease, biliary atresia since his birth. However, the couple supported each other in the critical and emotional situation, eventually, overcoming it.

Also read: What Are The Sources Of Correspondent Catherine Herridge's Income? Know About Her Salary & Net Worth

In 2006, Herridge's second son Peter was born with liver failure. It was a life or death situation and required a liver transplant.

The search for matching liver donors was difficult as time was flying by for Peter. But luckily Herridge's liver matched him and with no second thought, she decided to donate a part of her liver to her baby. That's a mother for you!

Mother is the only person on the planet who loves her children unconditionally without expectations of any benefits which Journalist Herridge proved. She literally gave her life to save her baby boy as there was a high risk for her own life as well! Here are the five never heard facts about Fox News anchor Catherine Harridge.

However, Herridge couldn't have fought with the critical situation if her husband wasn't there supporting her every step.

A former #DonaldTrump? adviser at the center of the controversy over the campaign’s contacts with Moscow tells Fox News he “absolutely” did not work with the Russians to help the campaign. Watch Catherine Herridge's exclusive interview with Carter Page tonight at 6p ET on 'Special Report.' Read more about this story at FoxNews.com.

Today, it's been almost 11 years since the transplant. Both Herridge and Peter are doing great. Well, this was possible only because of her determination to save her child.