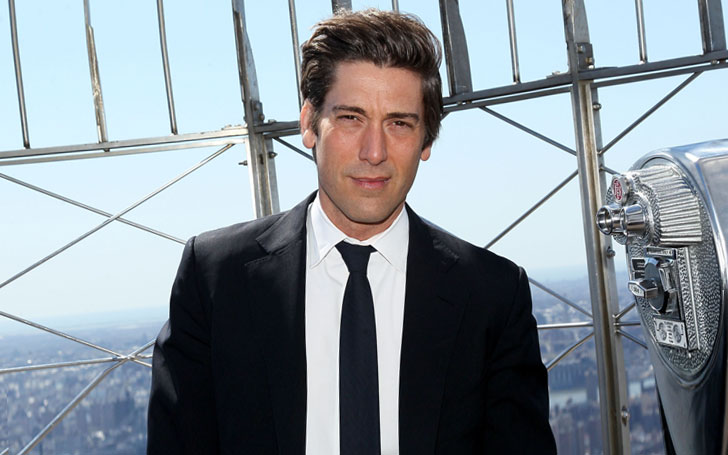 A native of Syracuse, New York, David Muir is a journalist and the anchor known for ABC World News Tonight. Muir recently appeared as a fill-in anchor on the Live with Kelly & Ryan in the absence of regular host Ryan Seacrest.

The 43-year-old TV journalist is known not only for his unique TV presence but also for his undeniable good looks and sharp personality. Want to know the man behind that heart-stumping smile? Here are five facts of David Muir you may need to know.

1. David Muir Always Wanted To Be An Anchor

The first point we need to know about David Muir is that he always wanted to become a news anchor. He even built a TV news set out of cardboard. Muir took over the anchor chair at ABC’s World News on 1st September 2014, before he was the principal substitute for World News with Diane Sawyer. He says he likes his profession so much that he could broadcast from his living room.

Muir's first break came at the age of 12 while his favorite Syracuse news anchor Ron Curtis responded to a letter he wrote. Muir got a job offer from the same station; WTVH when he was attending Ithaca College. He worked until his graduation in 1995 and then moved on to ABC affiliate WCVB in Boston where the network executives in New York noticed him and ever since 2011 he has been working for ABC.

From his outstanding journey, he has been honored with many prestigious awards among them is the Cine Golden Eagle Award in the news program category. His reporting for heroin addicts and scarce of this epidemic won him an award.

2. David Muir Is Rumored To Be Gay

David Muir, even though is active on social media, has not posted anything about his romantic life, or there is any information in media about his relationship. And that could be one of the reasons why he is rumored to be gay!

Also, read: Is ABC's David Muir Gay? Are The Shirtless Photos Real? What Is His Religion?

At the beginning of 2015, David was speculated to be romantically linked to ABC News Reporter Gio Benitez who is now married to another man. The Emmy award-winning anchor was reportedly seen visiting gay bars together with Benitez. David keeps his personal life profile low, we know he is unmarried, but he doesn't seem to have a publicly acknowledged girlfriend or a boyfriend.

Muir has a net worth of $7 million whereas his salary per year is reported to be around $5 million per year. Muir currently works as the anchor of ABC World News Tonight, he replaced Diane Sawyer in 2014. Muir has been actively working in the American media industry since 1995. It is only fair that he is one of the well-paid TV journalists of his time. His Broadcasting career has indeed earned him a staggering net worth!

4. David Muir Was One Of The First Journalists To Interview The New President, Donal Trump

ABC’s news anchor David Muir interviewed Republican president Donald Trump in the room of the White House, in Washington D.C. on January 25, 2017. Donald Trump opened the doors to the White House for his first on-camera interview since the time he was sworn in as a presidential candidate.

Ambling down the portico, through the Oval Office, and down the West Wing halls, Trump introduced viewers to his new reality of living at 1600 Pennsylvania Avenue.

In the interview, the president told Muir that he doesn't want to change as he knew that he is going to be a ''great success.''

David Muir asked the president if American taxpayer will pay for the proposed 'Wall'', Trump’s response was that America will get reimbursed.

In 2009, TMZ tagged David Muir as the “Brat Pitt of News Anchors.” His attractive chiseled face has made him very popular among female viewers. However, he is not just a pretty face. Reportedly, Muir holds a degree from Ithaca College in Ithaca, New York. Besides his qualifications, he is fluent in Spanish as well. Politico cites Muir’s coverage of events in Haiti, Tahrir Square, Fukushima and Mogadishu, Somalia as the highlights of his professional career.