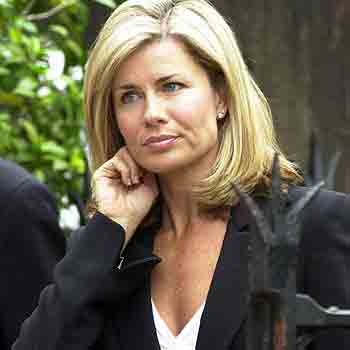 Deborah Hutton is an Australian media personality. She is a very talented television presenter, a magazine editor. She is a spokesmodel and an ambassador as well. She supports many charities including The Cancer Foundation Inc. Hutton is a popular television host known for top-rated Location Location, Amazing Homes, and Celebrity Overhaul. She is also known as an editor of The Australian Women's Weekly in which she has been serving for the last 10 years.

Deborah Hutton was born on 20th December 1961 in a Scottish family in the United Kingdom. She moved to Australia along with her family when she was a child. Again, she moved to New Guinea from Queensland before they finally settled in Sydney. She holds British nationality and regarding her ethnicity, Hutton is a Caucasian.

Hutton had two siblings, brothers whom she lost over a decade ago. Her brother David died of liver cancer in 2008 and another brother Rod Haylock died in 2007 from an epileptic fit.

She abandoned her home and school to pursue a modeling career. At 16, she appeared on the cover of Cosmopolitan in 1978.

Hutton began her career then and now she has become one of the best-known and recognizable personalities of Australia. She is engaged in her modeling not only in Sydney but has international contracts as well.

She is the founder and the designer of the company “Deborah Hutton Living.” She has also hosted the series Looking Good from 1994. It was the most popular show at that time with 2 million listeners. Balance by Deborah Hutton is also another program hosted by her that helps us to unlock the key to a successful and happier life.

Apart from hosting, her job as a spokesperson is spectacular. Acting as a national ambassador and spokesperson she has hosted many VIP nights as well as seminars. The confident and charming Hutton was also the brand ambassador for Olay Regenerist.

Apart from that, she has also created her own eyewear “Deborah Hutton Optical and Sun.” her contributions as the ambassador of the Australian Women Chamber of Commerce and Industry are remarkable. She has been very passionate and dedicated to her work. Fifty- five years old has an impressive salary for her remarkable job.

Talking about her personal life, her sexual orientation hasn’t been confirmed yet. But she has been recognized as a high-profile lesbian in Australia. But there have been lots of juicy gossip regarding her as gay or nay. She dated Harry M. Miller but they split up.

After that, she dated hockey player Roche. Previously, she was allegedly dating her co-worker Tracy Grimshaw. As she is a very private person, she has not spoken about her relationship in public. We haven’t got any confirmation from her regarding her girlfriend and married life.

She once had surgery due to skin cancer as we know that Australia is a very vulnerable place to get cancer due to harmful UV rays from the sun. As she has become a victim of cancer, she has been helping others to cope with such kinds of problems. She has also done some charity works and acts as a brand ambassador for Best Buddies Australia, the National Breast cancer Foundation, and the Olivia Newton-John Cancer and Wellness Center.

Hutton is one of the richest journalists in Australia. She has a huge amount of net worth from her long-term career. However, the exact figure is unknown but according to some reliable sources it can be believed to be around $1 million, in 2019. Talking about her salary, the Aussie news anchor earns an annual average of $60K to $100K. So, she also earns somewhere in the same range.

Just two months before she bought her new home in Sydney, she had sold her Tamarama home for over $4 million. She sold the house in August 2015 where she had been staying for over.

In 1994, the media personality published a book Vogue Beauty For Life: Health, Fitness, Looks, and Style for Women in Their 30s, 40s, 50s which is priced at $10.43 for Hardcover on Amazon.

In the year 2012, Hutton launched Balance for a like-minded woman who wants to share their hopes, aspirations, and problems in a safe and protected community.

Her zodiac sign is Sagittarius which makes her nature generous, inspirational, and hardworking. Other information regarding her personal and professional information, biography can be extracted from Wiki.

Similarly, she is active on Twitter where her fans can follow her. She has a number of fan following on the social networking site Facebook. On those sites, she keeps on updating her latest photos, videos, and her personal quotes and shares them all over the world with her fans.

The Australian television personality Deborah Hutton stands at a medium height of 5 feet 10 inches and she weighs around 54 kg (119 lbs). Hutton has maintained a good body figure. She possesses an hourglass body figure which measures 35-26-34 inches (breast-waist-hip). Her bra size is 33B.