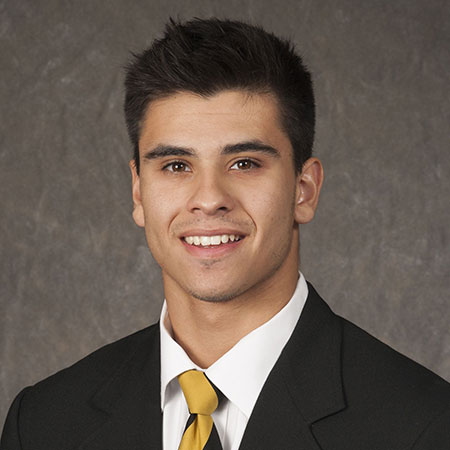 Cyrus Dobre is an American YouTube star who posts various kind of entertaining videos on his YouTube channel Cyrus and Christina which he partners with the girl named Christina. He also runs another YouTube channel Dobre Brothers with his three brothers. His youtube channels have amassed over 5 million subscribers. Besides, Cyrus Dobre is also an officially certified musical.ly user.

Cyrus Dobre was born on March 9, 1993, in Hagerstown, Maryland, the USA under the zodiac sign of Pisces. His father's name is Boz Mofid who was a gymnastics coach and mother's name is Aurelia Dobre who was a national-level gymnast.

Dobre has three siblings; brother Darius Dobre and twin brothers Marcus and Lucas Dobre. He completed his schooling from the South Hagerstown High School. After high school, he enrolled at the University of Iowa from where he graduated with degrees in strategic communication and sociology.

Cyrus was the team captain of University of Iowa Men's Gymnastic teams before starting his career as a YouTuber. Cyrus started his YouTube channel with his brothers on 5 June 2017. 'Why we are doing this…' is the first youtube video they uploaded on their channel.

Ever since they started their channel, they have uploaded several videos with which they have gathered a huge subscription of over 5 million. Their most popular video is "THE BEST DAY EVER!" has over 19 million views as of January 2019. The video was uploaded on August 11, 2017. 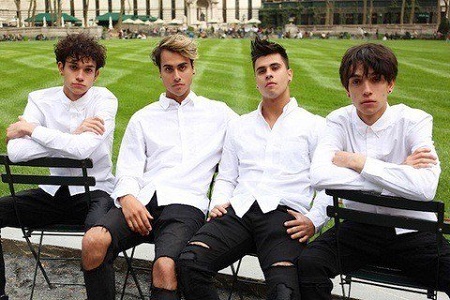 They even uploaded a music video titled 'No Fakes' on November 11, 2017, and it has gained over 16 million views. They also post prank and comedic content videos are seen mostly in their channel.

The below-presented video was uploaded by Cyrus Dobre where he along with his girlfriend can be seen who spent 24 hours in his car together.

Some of the most watched and popular entertaining videos of their channel are 'Craze Dares at the Beach!', 'Our Puppy Got him Lucky', 'She's Not Our Real Mom?!' and 'Our Mom was so Mad'.

Cyrus Dobre is a successful YouTuber, and also a popular Musical.ly star. He has a decent net worth as of 2019, however, the exact figurative net worth of the YouTuber is not known yet. He has around 1,114,714 subscribers on his YouTube channel which he has been running with his girlfriend. He earns about $4.5k to $72.8k monthly and it is estimated to be of $54.6k to $873.5k annually.

He even earns some decent amount of money form his post from Instagram which as of 2019 he has 1 million followers.

Cyrus Dobre has been in a relationship with Christina Kay with whom he owns a YouTube channel. According to the source they have been dating for a long time. They revealed their relationship when he introduced his girlfriend in March 2018.

The cute couple has been in a relationship for a long time, and they frequently post their photos on their social media. Dobre and Christina have been engaged since July 10, 2018.

On July 10th, 2018 I asked Christina @stinakayy to marry me This day is the best day of my life as we will start a new journey together and make all our dreams come true Christina you are the girl I’ve always dreamed of and God gave me you. I will continue to cherish you, protect you, comfort you, love you and keep you happy for all the days of our liveswe are a team. I will be the best husband and father for our future family and give you the world because you deserve it. You make me the man I’ve always wanted to be. You are my rock, my goddess, my angel, my queen, and most of all the love of my life. We fell in love with each other before we even met and knew that we were meant to be from the beginning Our love has no end. We are soulmates. In time, the world will know our true love story. We will never let anyone break us apart because we are one. You are my ride or die, you are my one and only. I can’t wait for the adventures that await us and for the many more memories to be made. I love you forever Christina, Agapi mou

They are currently engaged and planning to get married soon, however, they haven't revealed when they are tying the knot. They often spend their quality time together which they also share on their YouTube channel.

Cyrus is active on Instagram as well as Twitter. As of 2019 he as 87.7k followers on his Twitter. He is even an officially certificated musical.ly user.