American TV Host Kathie Lee Gifford Is A Multi-Millionaire!! How Much Is Her Net Worth? 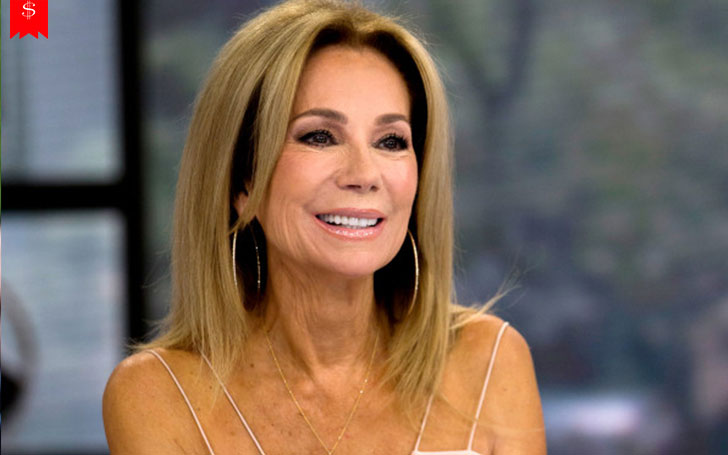 American television host, author, and singer-songwriter Kathryn Lee Gifford, who started her professional career in 1970, is widely known for appearing on the talk show, Live! With Regis and Kathie Lee.

Being active in the field for such a long time, there is no doubt that Kathie has earned a high figure of net worth from her professional career. Scroll down to know about Kathie Lee Gifford’s net worth, income, salary, sources of income, earnings, professional career, and more:

Kathie Lee Gifford, who has been active in the professional career for almost half a century, earns a high figure of salary. She is best known for co-hosting Today with Kathie Lee and Hoda alongside Hoda Kotb.

Sources claimed that Kathie earned a total of $2 million per year while working in NBC show. Soon after, her salary rose to $8 million per year. Now, on average, she made $20 million in ten years’ time span.

Well, besides being a public figure, she also earns a high figure of amount from her wine company. The name of her wine brand is Gift Wines. We can find a whole array of wines by Gifford and her partner’s Family Wines.

The price of the wine bottle ranges between $14 to $17. Though the exact sales amount and earnings from her wine company are not disclosed, we can claim that she earns thousands of dollars from the winery.

Besides this, Kathie also earns enough from book sales and revenue. Her autobiography named Just When I Thought I’d Dropped My Last Egg: Life and Other Calamities has been kept on the rate for $14.12 on Amazon.

Kathie has written numerous children’s books and young adults and adults books like The Legend of Messy M’Cheany, The Gift That I Can Give, Party Animals, The Three Gifts, The Rock, the Road, and the Rabbi, and many others.

In addition to her earnings, she has also released music albums like Gentle Grace, Born For You, and Scandalous.

Numerous sources have confirmed that she has earned a total of $1 million from her music and books.

There is no doubt that millionaire Kathie is living a luxurious lifestyle. She used to live in her Key Largo, Florida mansion that worth around $10.5 million. The house was kept on sale in April 2018.

Back in 1998, Kathie and her late husband, Frank Gifford bought a Mediterranean-styled home. The house, which consists of eight bedrooms and eight bathrooms, was purchased for around $4 million.

The house spreads up to 11,400 square feet with three fully serviced floors. The private property is covered with lush green trees and nature.

Likewise, Kathie and husband Frank bought Greenwich, Connecticut mansion for $7.8 million. The home spreads up to 13,000 square foot and consists of nine bedrooms, ten bathrooms, a terrace with a stunning view, a swimming pool, and a tennis court.