Alex Hammond's Life After divorce: What is she doing and Does She Have a Boyfriend 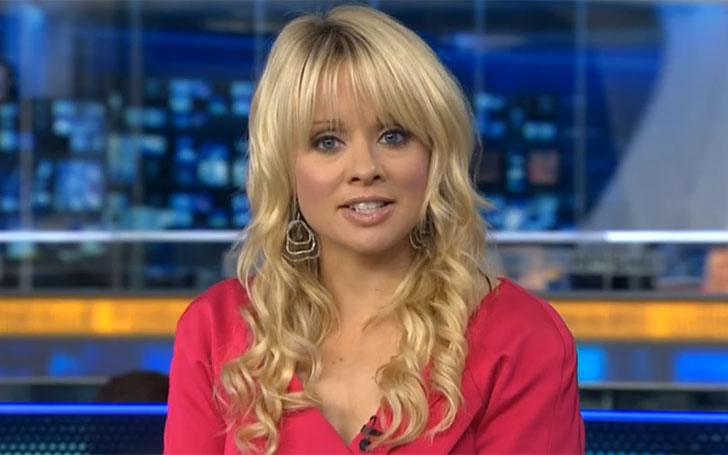 Alex Hammond, a popular British TV presenter, and horse racing tipster, currently works at Sky Sports Network. She was married to Scottish Jockey, Richard Quinn from 2007 to 2009. The couple stayed married for a short time, divorcing after two years of marriage in 2009.

It's been what 8 years since this divorce, what are the couple up to now? Have both of them moved on?

What are Alex Hammond and Richard Quinn up to after their divorce?

Alex Hammond and Richard Quinn divorced in 2009. It seems the couple has moved in their own life, unsurprisingly as it's already been 8 years since their divorce.

Alex Hammond seems to be more focused on her professional career after divorcing from Quinn.

No need to worry about Alex Hammond, even if you think that she is miserable without a man in her life, she seems to be doing great! She is quite active on her social sites where she can be seen visiting race courses and making the most fun of it all!

Hammond has a good work circle group at Sky Sports, one that includes Charlie Webster, Charlotte Jackson, among others.

After splitting from Richard Quinn, she has been silent about her personal life. So, if you've been looking forward to catching glimpses of her new man on her social media sites, move aside, you kind of a creepy stalker! Of course, it's just 'work' when we do it!

While Richard Quinn has also moved on in his life, he does still race at Goodwood Racecourse. He was won more than 26 titles there.

His personal life is also overshadowed by his professional life. Like Hammond, he has chosen to keep his private life away from the media. How dare these celebrities? How will we survive?

Alex Hammond and Richard Quinn first met at a horse racing game and ended up dating before getting married in 2007. Like most marriages, it was a happy one at first. You know, Honeymoon and vacations!

However, their happiness could not last for long. Just after a few months in their marriage, they realized their marriage had a lot of problems, this eventually led a divorce!

After only two years of marriage in 2009, they got divorced shocking many fans/

Alex’s ex-husband confirmed about the divorce with Dailymail on 23 April 2009 saying:

Alex is keeping her horses here, but she's not living here anymore. We are still in contact. We want to remain friends.

He said that Hammond, his wife, moved out from his Berkshire home. However, they were still in contact and wanted to remain friends. We wonder if they still call each other? But, since the couple doesn't have any children, that's quite unlikely!.